“At Whirlpool, we’ve been watching a trend of small space living increasing, and it’s not just in the cities that you would think you would find small space living – so it’s not just San Francisco or New York City – we’re seeing it in Chicago, we’re seeing it in Nashville, we’re seeing it in many different urban markets. The millennial generation loves to be outdoors – they’re more willing to live in a smaller space, but yet they want the comforts of a home, and they want to have appliances available because they like to gather. They like to have friends over, they like to cook together, so even though it’s a small space they want to have a great functional refrigerator, a cooking appliance, and Whirlpool offers all of that.”

“The other thing that we’re seeing too is not just small space living, but we’re finding that we have builders that are putting our small space living kitchens in what we call kind of a multi-generational house. So, you might have an upstairs or a downstairs living space including a kitchen for parents that have come home to live with you, or as I call it the boomerang child who comes by – my sons – to live with you. It’s great for them to have a space of their own, and then some people actually use that as rental space once they find themselves being empty nesters again. We’ve had some of our luxury builders that use it in mother-in-law suites, so it’s not just small space living – it could be for your multi-generational house, it could be for your mother-in-law suite, or it could be for a bar that you have that you want to enjoy an 18-inch dishwasher and a thin tall refrigerator that would fit in that space as well.”

To get in touch with a sales rep today, visit WhirlpoolPro.com/contact. 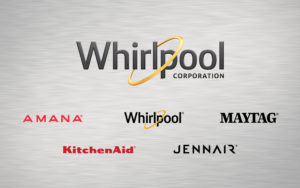 A Look Inside the Whirlpool Corporation Portfolio of Brands 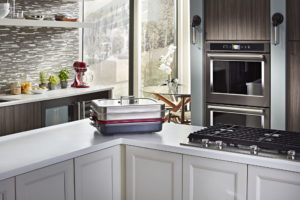 New to Whirlpool? Account & Order Help
COUNT ON US THE TRADE CHANNEL WHIRLPOOL PORTAL AWARDS PRIVACY NOTICE ABOUT WHIRLPOOL PRO
By closing this message, you consent to our cookies on this device in accordance with our Privacy Notice unless you have disabled them.
CLOSE